CHANGES TO THE DEFINITIONS OF “CHILD” AND “IMMEDIATE RELATIVE”

CHANGES TO THE FAMILY-BASED IMMIGRATION SYSTEM

o Creates new INA §201(c) [Worldwide level of family-sponsored immigrants] to cap family-based admissions to 88,000 per fiscal year, less the number of individuals paroled into the U.S. under INA §212(d)(5) in the second preceding FY who (1) did not depart the U.S. (without advance parole) within 365 days and (2) did not become an LPR during the preceding two FYs or who became an LPR under a provision that exempts adjustment of status under the normal annual numerical limitations.

o Amends INA §203(a) [preference allocation for family-based immigrants] to recognize only spouses and minor children of LPRs as eligible for family-based sponsorship, outside of immediate relatives.

o Invalidates any petition seeking classification under a family-based category that is eliminated by this Act, that was filed after the date the Act was introduced (August 2, 2017). Any application for an immigrant visa based on such a petition is also deemed invalid.

o However, any individual with an approved employment- or family-based immigrant visa under INA §203(a) or (b) as in effect on the day before enactment,

o Points-Based applications are to be submitted online “for placement in the Eligible Applicant Pool.”

o Applications must include:  The identification of the points for which the applicant is eligible;

o Applications in the Eligible Applicant Pool shall be sorted by total points. o Applicants with equal points will be prioritized according to educational

attainment as follows, with applicants with U.S. degrees ranked higher than those with foreign degrees:

o Applicants with equal points and equal educational attainment shall be ranked according to their English language proficiency test scores.

o Applicants stay in the Eligible Applicant Pool for 12 months. If they are not invited to apply for a visa in the 12 month period, they can reapply.

o USCIS “shall” award a points-based IV to any applicant who filed a petition within 90 days of the invitation that includes:

salary offered and that the applicant is not displacing a U.S. worker;

has been posted to purchase health insurance; and  A fee of $345.

o If a petition that meets these requirements is received after the numerical limitation has been reached, the USCIS Director shall issue a points-based IV to the petitioner, delay admission of the individual and his/her dependents until the first day of the next FY, and reduced the number of points-based IVs that may be issued in that FY accordingly.

• Visas for Spouses and Children

o Provides for the issuance of a points-based IV to the legal spouse of an applicant upon approval of the visa petition for the principal.

o Provides for the issuance of a points-based IV to the minor children of an applicant upon approval of the visa petition for the principal, as long as the children were under age 18 at the time the petition is filed.

o Adult children of applicants who are unable to care for themselves may be admitted to the U.S. on a temporary basis but are not authorized to work and cannot receive any other benefits of LPR status.

o A person granted a points-based IV, and all persons in his or her household, are ineligible for any Federal means-tested public benefit [defined at 8 USC §1613] for 5 years from the date the visa was issued.

o English Language Proficiency Test: The International English Language Testing System (IELTS); the Test of English as a Foreign Language (TOEFL); or any other English proficiency test approved by USCIS that meets standards set by IELTS or TOEFL.

Jurisprudence, and Doctor of Medicine. o STEM: The academic discipline of science, technology, engineering, or

mathematics. o TOEFL: Test of English as a Foreign Language.

• Points. An applicant may submit an application to be placed in the Eligible Applicant Pool if he or she has accrued 30 points. Points are allocated as follows:

o Age: Age is determined as of the date on which the application for placement in the Eligible Applicant Pool is submitted.

May not submit an application 6 points 8 points 10 points

o Education: Education points may be accrued only for the highest degree obtained as of the date the application for placement in the Eligible Applicant Pool is submitted. USCIS and DOE must maintain and regularly update a list of foreign educational institutions and degrees that meet accreditation standards equivalent to those recognized by major U.S. accrediting agencies and are approved for purposes of accruing points.

o English Language Proficiency: Points for English language proficiency are accrued based on the highest test ranking of the applicant as of the date the application for placement in the Eligible Applicant Pool is submitted.

o Job Offer: Points for “highly compensated employment” may be accrued as follows

However, an applicant may not be placed in the Eligible Applicant Pool if he or she has a bachelor’s degree or less, and does not accrue any points for “highly compensated employment.”

o Investment in and Active Management of a New Commercial Enterprise (NCE): Points for foreign investment may be accrued as follows:

A points-based IV issued to an applicant who accrued investment-based points shall be rescinded if the applicant fails to meet the requirements above for a period of more than 1 year.

o Valid Offer of Admission Under Family Preference Category: An alien with an immigrant visa petition that was granted under INA §203(a) as in effect on the day before enactment of the RAISE Act is entitled to 2 points if: (1) he or she was scheduled to receive an IV but did not receive an IV during the 1 year period from the date of enactment.

o Effect of a Spouse on Accrual of Points: An applicant with a spouse who is accompanying or following to join must identify the points the spouse would accrue if he or she was applying for a points-based IV. For each points category:

o The number of points-based IVs issued; and o With respect to aliens placed in the Eligible Applicant Pool and aliens invited to

salary offered by U.S. employers; and

in each investment category.

• Amends INA §318 to prohibit naturalization of an individual if the person who submitted an affidavit of support on his or her behalf failed to reimburse the federal government for all means-tested public benefits received by the individual during the 5 year period immediately after the individual became an LPR. 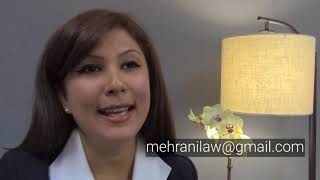 Change of Status in the United States 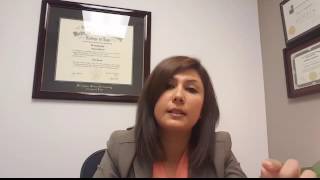